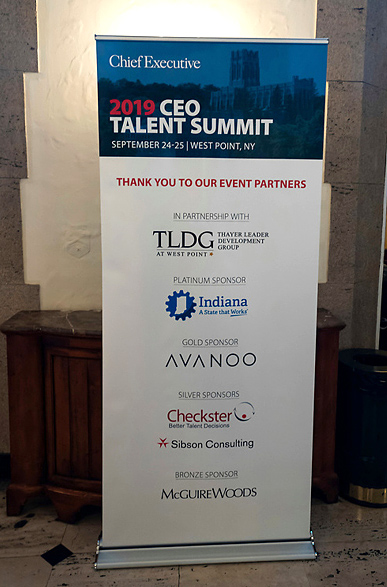 McGuireWoods recently sponsored the 2019 CEO Talent Summit, a two-day event held at West Point in New York that attracted about 100 c-level executives from across the country.

On Sept. 24, 2019, Washington, D.C., partner John Thompson spoke at the summit on a panel titled “Beyond Diversity: The Business Case for Inclusive Leadership,” which explored “how leaders can unleash the power of inclusion to the benefit of the entire organization.” Topics discussed included how to dispel myths and misconceptions around diversity and inclusion; how to overcome barriers obstructing widespread opportunity and involvement; and how to infuse inclusion into an organization.

Before earning his law degree, Thompson served as a captain and helicopter pilot in the U.S. Army. During his service, he commanded a company of 275 soldiers stationed at Fort Eustis, Virginia, and led an air cavalry platoon of the 24th Infantry Division based in Fort Stewart, Georgia.